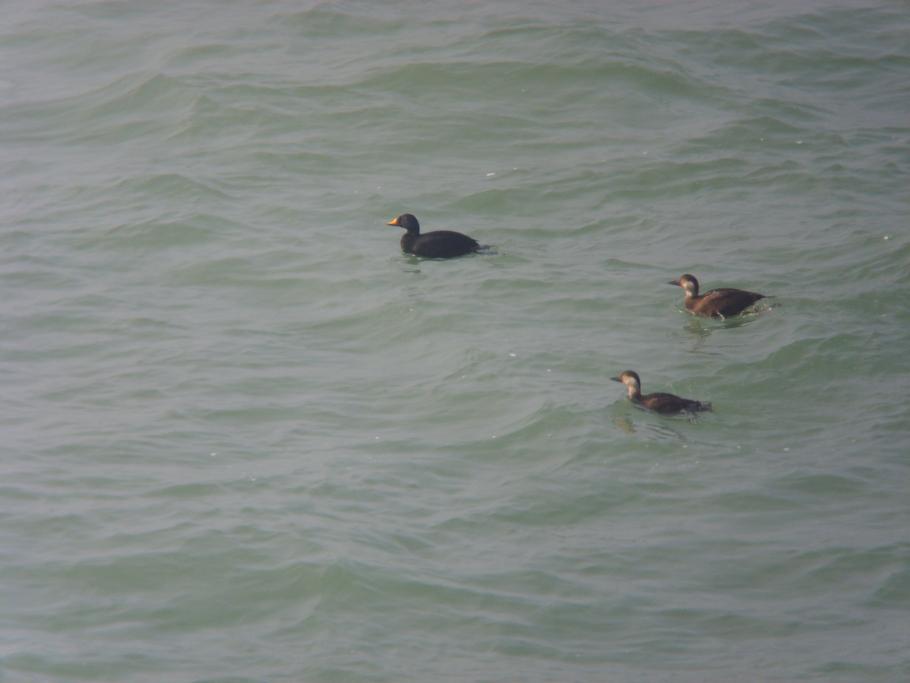 Common Scoters are classified in the UK as a Red Listed Species under the Birds of Conservation Concern review & as a Priority Species in the UK Biodiversity Action Plan. Red Listed Species are those that are globally threatened whose population has declined rapidly in recent years (By more than 50% in 25 years).

The male Common Scoter is totally black with a patch of yellow on the bill. The female is dark brown with a pale cheek.

A small flock of varying numbers usually overwinters off the N.Devon Coast but so far has not materialised during the winter of 2014/15.