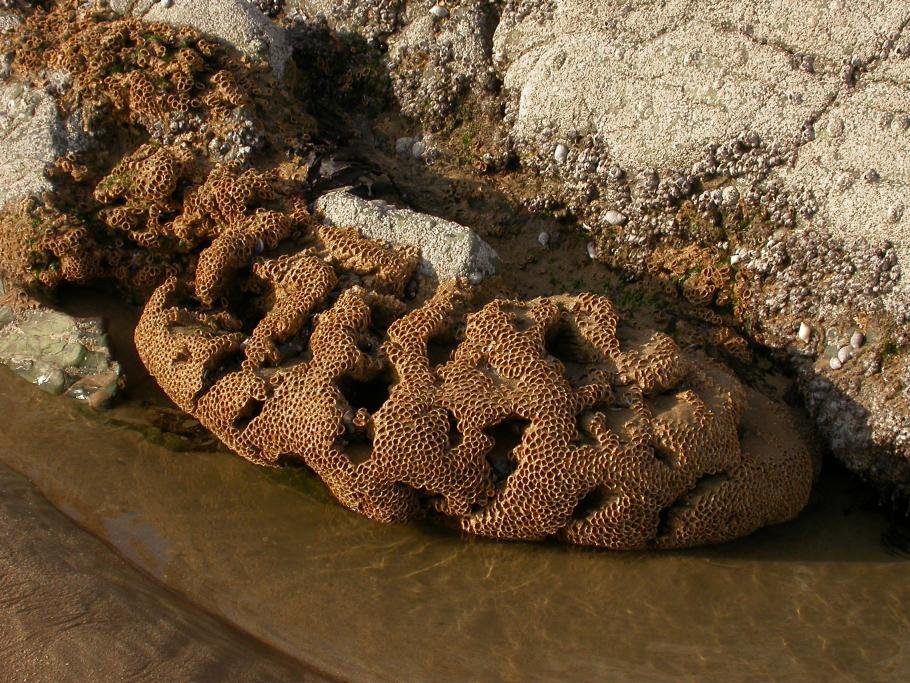 Honeycomb worm reefs, designated a Biodiversity Action Plan habitat, are found on exposed rocky shores, including several west facing beaches in N.Devon. When covered by the tide these gregarious animals use sand to build substantial structures on the lower shore, though they themselves are rarely seen.