DWT's Coral Smith helped Coastwise members to understand the dangers of invasive or alien species on our shores. 'Invasive' means with human assistance, which might mean spreading in ships' ballast water, on nets or through the aquarium trade.

Coral works for the Devon Wildlife Trust and is an accomplishes and knowledgeable communicator on marine matters.

The threat has beenrecognised and roughly quantified, and management plans drawn up - four for the country, with the SW area stretching from Hampshire to Cornwall.

Coral showed a series of slides illustrating the more significant arrivals, some rare, but some commonly seen in the N Devon area, such as pompom weed and sargassum.

Several lists have been drawn up to identify species that :-

1. Have not been recorded, so we need to prevent them taking hold - American Drill Winkle and the Brush Clawed crab, which s very aggressive and outcompetes native species.

2. Have been recorded in the SW. Species such as the Carpet sea squirt and Worm Wart weed, which both blanket larges areas.

3. Are sufficiently well-established to require long-term management. Examples are the American Slipper Limpet, the Leathery sea squirt and Pacific oyster.

4. Are present here but do not appear to present a real threat. Species such as Tufty Buff (yes, really) and Red Ripple bryozoans

Coastwise members then went on to Lee Bay to put this knowledge into practice and benefit from Coral's expertise. 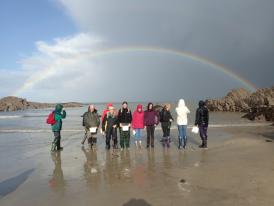 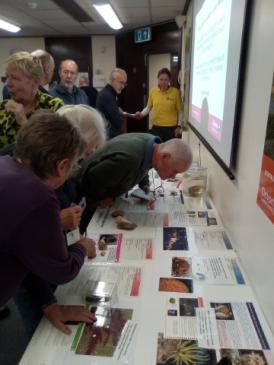 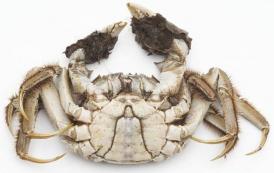 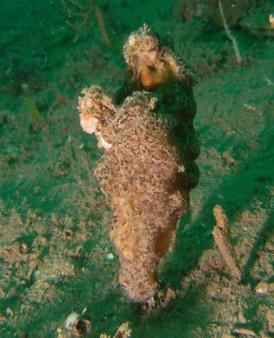