Cat Oliver, local AONB project officer, is not one to shirk a challenge, and she addressed the problem of summarising the huge range of the current AONB Coastal Creatures Project. This is funded by the Heritage Lottery Fund, and covers a range of education, data acquisition through a programme of species censuses, and citizen science objectives.

Species censuses are based on pairs of trained observers, using waterproof cameras for ID validation pictures, carrying out a one-hour survey of observable examples of one species, such as algae or molluscs. Recording forms are then validated and input to the iRecord national database. Cat showed initial results in the form of species distributions at the four chosen sites, Combe Martin, Lee Bay, Croyde and Westward Ho!.

Cat has organised well-attended workshops, run by experts, for members of Coastwise and staff from the National Trust and Exmoor Nation Park. Topics have included anemones (at Woolacombe), crabs (at Lee Bay) and plankton (at Combe Martin). These workshops have comprised indoor sessions combined with practical beach visits.

Biotope mapping has been conducted as a contributory data source for the Species Census. This is carried out with sophisticated GPS devices that record and plot biotope areas  accurately. Biotopes are classified, with divisions such as Littoral Sediments, having several sub-categories including Barren Littoral Coarse sand.

There have also been Bioblitzes, including an 8-hour event at Combe Martin, and a major 24-hour event with a base camp at Lee Bay Village Hal, and over 200 subject experts from as far afield as Plymouthl. This worked brilliantly, with over 700 terrestrial and marine species identified, and vast number of local school children enthused.

Cat covered some of the other activities within the Coastal Creatures project, such as the Great Nurdle Hunt, the Big Seaweed Search, and a Chough Habitat Survey.

This latter activity may lead to a couple of breeding boxes being installed in the Hartland area next year.

Nurdles, small plastic granules which are the raw materil of plastics injection moulding, are gradually being recognised as a huge issue for the natural world, and the Marine Conservation Society estimates that 73% of UK beaches are affected. A survey at Woolacombe covering only 50 sq.m. yielded 2450 items.

Cat gave a masterly overview of the Coastal Creatures activities, and left Coastwise members inspired to carry on with the legacy it will leave when it finishes in July 2018. 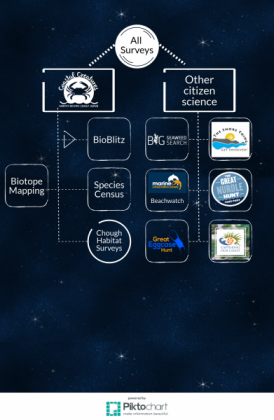 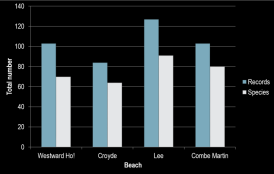 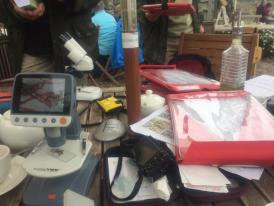 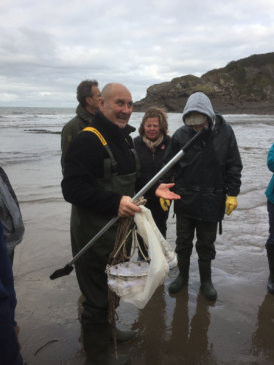 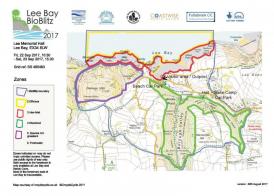 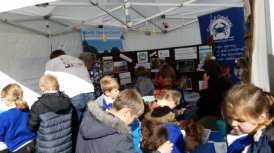 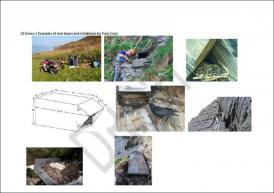