Battling for Wildlife and Heritage in Alderney.....

Naturalist and photographer Martin Batt bailed out of a career in banking consultancy and environmental consultancy. After work with the Yorkshire Wildlife Trust he became the project manager for the Living Islands Initiative, whose objective was to test the economic potential for tourism on Alderney of wildlife and heritage.

As part of his talk he also drew parallels between Alderney and North Devon on both economic and wildlife fronts, starting from the premise that both are relatively unknown !

Apparently there's a widespread misconception that Alderney must be somewhere off the Scottish coast, whereas it's actually only 8 miles West of the Cherbourg peninsula, is not much larger than Lundy, and forms part of the Channel Isles.

One of the drawbacks is that visitors can only get there either by flying in a small aircraft, or enduring a rough, one-hour trip in a 12-seater ferry. A weekly supply boat deals with other necessary imports and exports.

Alderney's position means that it hosts many wildlife migrants, and Martin showed excellent pictures of species such as shags (R, 6th from top), gannets, the great bustard (from the Wiltshire Reintroduction Project), Dartford Warbler, snow bunting and the rare Glanville fritilliary (pictured R, 4th from top) and green hairstreak butterflies.

He is a keen birder, and showed his excellent photos of the fulmar and guillemot colonies, puffins, goshawks and hobbies and many others. By contrast, North Devon has dippers and golden plovers, which only very rarely  appear on Alderney.

The heritage side of Alderney is very much to do with fortification, and there are castles from Roman, Victorian (e.g. Fort Clonque, R 5th from top) and Nazi Occupation times; there's also the remains of a Roman harbour.

Martin noted the than the local economy is very depressed, with little agriculture or manufacture; hence the specialist heritage and wildlife tourism economy is especially important. One helpful factor is that the passenger aircraft has been upgraded in size and reliability of service. 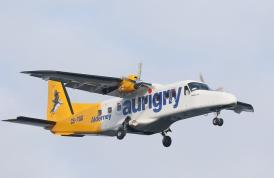 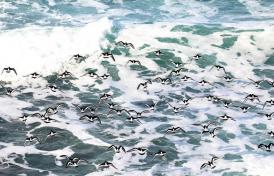 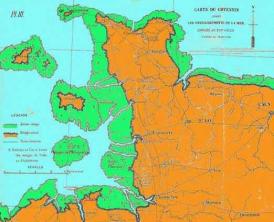 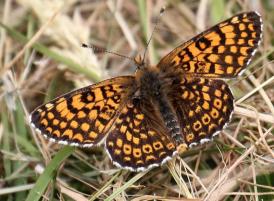 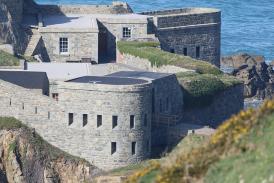 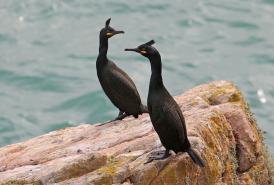 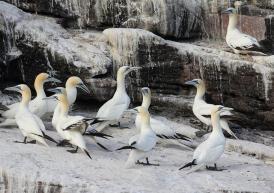