Woolacombe Green at 7.00 am on Saturday 7th Sept saw the BioBlitz village slowly taking shape. Coastwise's partners included the National Trust, AONB, Devon Wildlife Trust and Lundy Island, and tents and vans were being set up. The Marine Biological Association contingent, led by Jack Sewell, occupied the Biophere Dome, and the Biosphere Trailer was used as an office for the the MBA data verifiers/inputters. 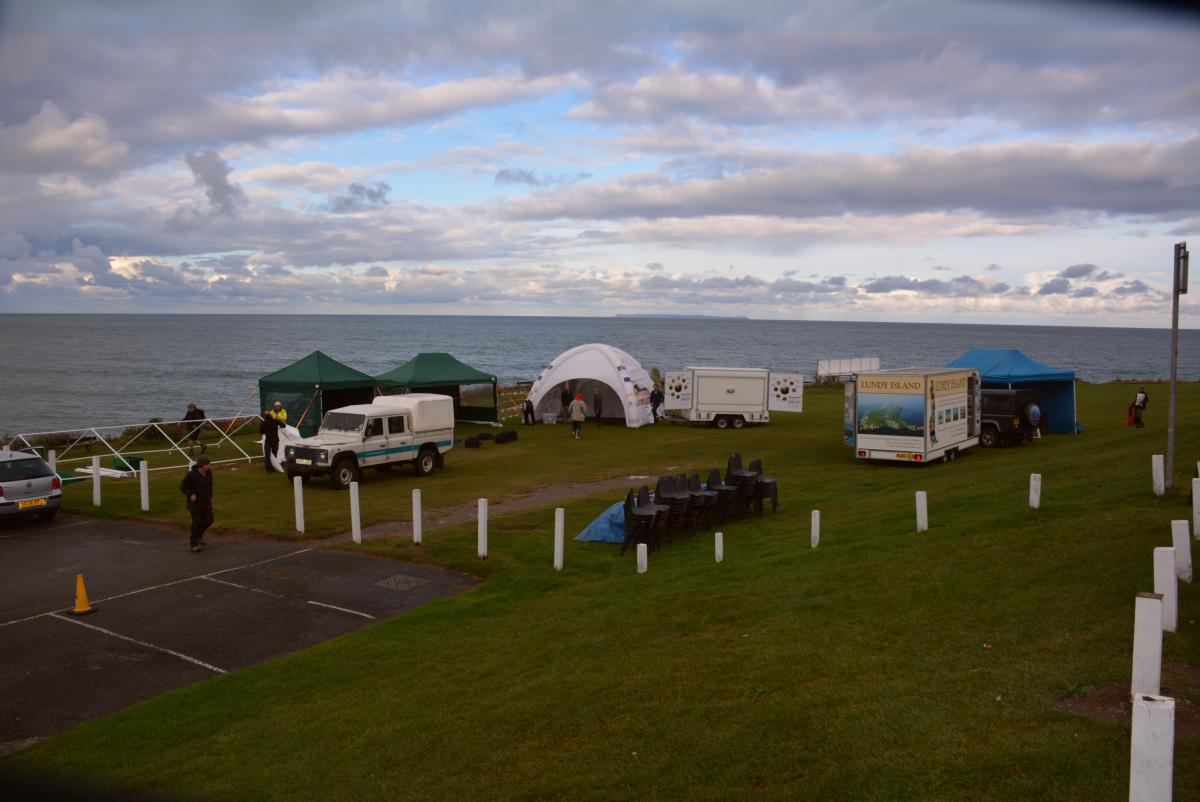 The day's nature activities kicked off with opening the overnight mammal and moth traps which had been set up behind the dunes. Licenced handler Janice Whittington found only one wood mouse and there was a similarly disappointing result from

the moth traps, due probably to the electrical storms of the previous night.

At 10.00. Michael Winter, the Chairman of the Biosphere Partnership, opened the BioBlitz officially, and the programme of events started with Seine Netting, followed by a variety of guided nature walks, shore safaris and strandline surveys. The exhibits in the village attracted lots of visitors of all ages with lots to do in the family, terrestria, marine and other tents. 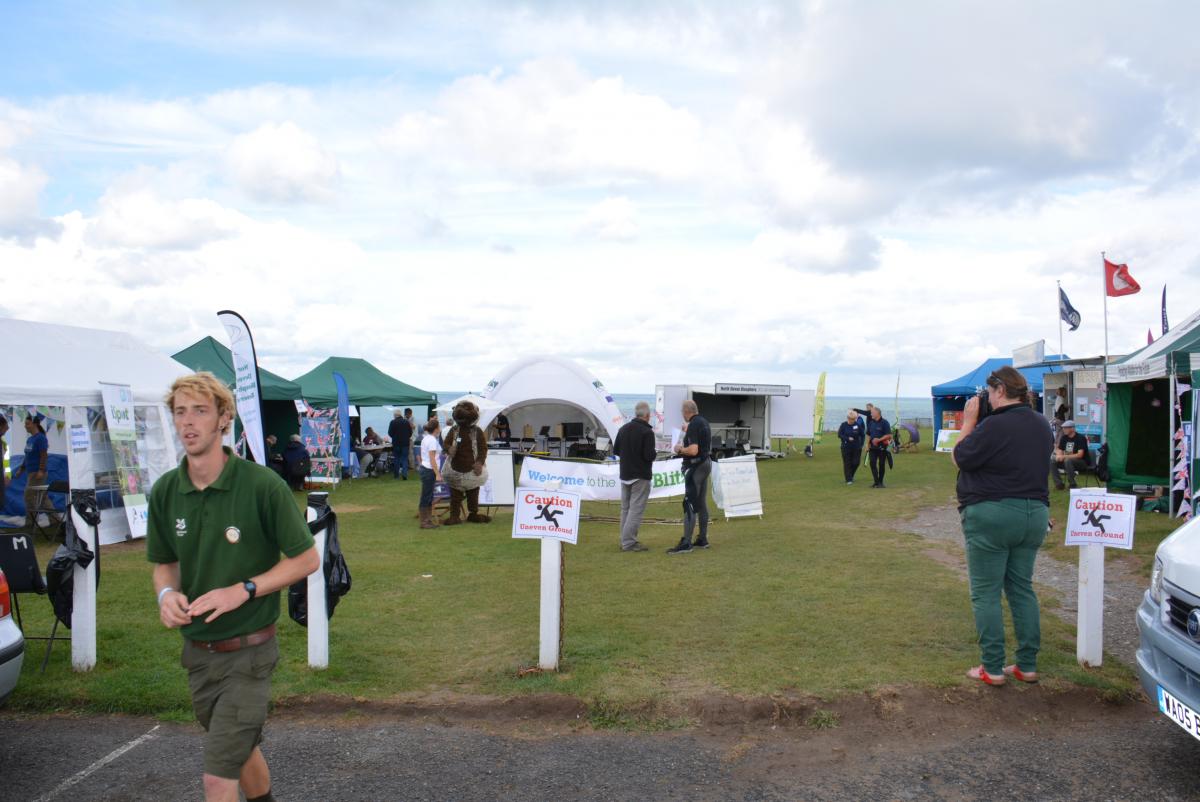 The St John Ambulance team counted over 700 visitors as well as the 70-odd experts, Coastwise volunteers and partner staff, and fortunately its services were not needed !

Species were continually being identified, and it is estimated that the final tally will be over 600. A legacy pack will be assembled to record the event and scientific results, and part of this will be available from this site later.

On the day, lots of marine species were identified on the beaches, including a suprisingly large number of Montagu's Blennies, a startlingly green juvenile Ballan Wrasse and this unusual nudibranch, Janolus cristatus.

, and the family tent with its "cave" 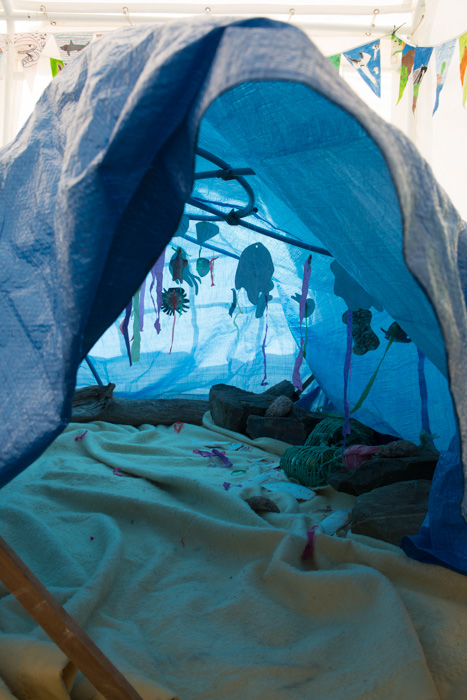 and things to do 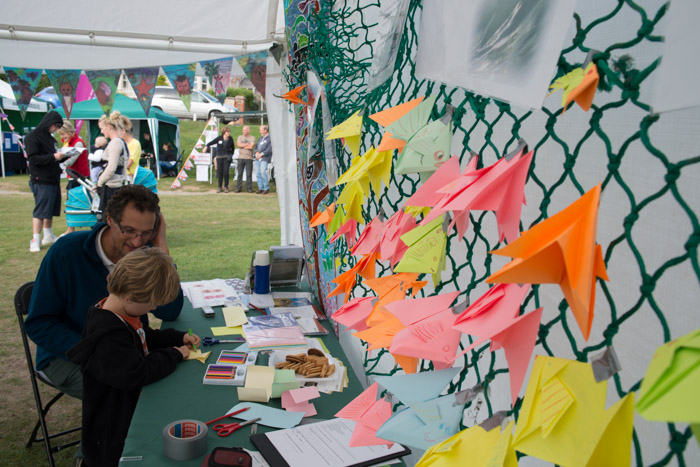 Overall, a highly successful day as part of the Biosphere 10th Anniversary year celebrations, and thanks to all who contributed !