The UK's environmental strategy will be set in a 25-year plan supervised by DEFRA and advised by the Natural Capital Committee.

Natural Capital is the elements of nature that directly or indirectly produce value to people, including ecosystems, species, freshwater, land, minerals, the air and oceans, as well as natural processes and functions.

It is a broad term that includes many different components of the living and non-living natural environment, as well as the processes and functions that link these components and sustain life.

All this was explained to Coastwise members by Chrissie Ingle, the North Devon coordinator, who is embedded in the UNESCO North Devon Biosphere Reserve team. Chrissie outlined the circuitous route by which she had arrived at this role, via postie, deckhand, and degrees in marine science.

The overall objective of the programme is to allow management of a healthy natural environment, with good valuation data on all aspects informing planning decisions. Chrissie gave examples from terrestrial equivalents, such as management of farming and of the Culm Grasslands in the North Devon area.

This area was chosen because of the integrated approach allowed by the Biosphere Reserve designation. The marine part of the Pioneer process is sponsored by the Marine Management Organisation, working with local champions such as the Environment Agency, Natural England, the Suffolk Coast AONB and the Biosphere Reserve.

A workbook on Natural Capital has been produced by the NCC. This explains the process, gives many links to credible available data, examples of benefits and evaluation tools.

Chrissie went on to outline some of the associated projects such as SWEEP, the South West partnership for Environmental and Economic Prosperity, which are operating in the area. 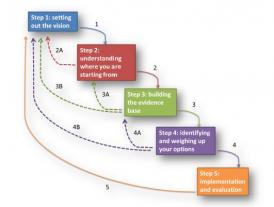 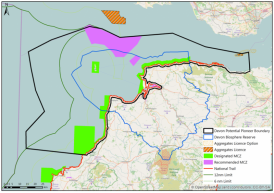