A number of members then gave short talks on their own topic. Glenis Beardsley gave a harrowing account of her trip to Skomer, although fortunately that was just the boat trip.

She described and illustrated the vivid island flora and fauna (puufins and chough pictured R, courtesy of John and Glenis Beardsley).

Concerned environmentalist Tony Bowm then gave members a sobering overview of the world of climate change, with a selection of his seal pictures as thematic background, illustrating their dependance on a stable climate (pictures R courtesy of Tony Bowm).

Martin Batt gave members, many of whom live in the Braunton area, an overview of how the recently-flooded Horsey Island, aquired by the Devon Wildlife Trust and now designated as the Caen Wetlands Reserve, is changing.

The new saltmarsh environment, which is the biggest new such area in Devon, is encouraging flocks of birds such as golden plover, with numbers estimated as 2-3k. Crabs have already adopted the new territory.

However, the tidal flooding will put the inner island bank under pressure and Martin explained that the DWT is looking at a longer-term solution to stabilise it. 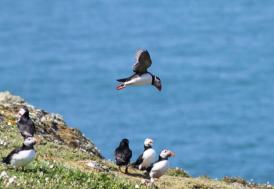 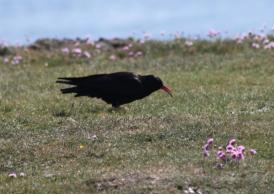 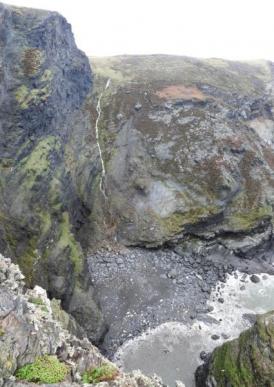 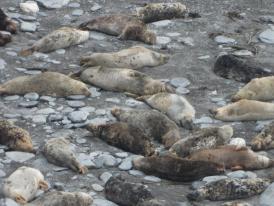