On 28 February Coastwise members heard a masterly talk by Bas Payne, a member and Programme Secretary of the Conchological Society, disarmingly titled 'There's more to molluscs than meets the eye...' 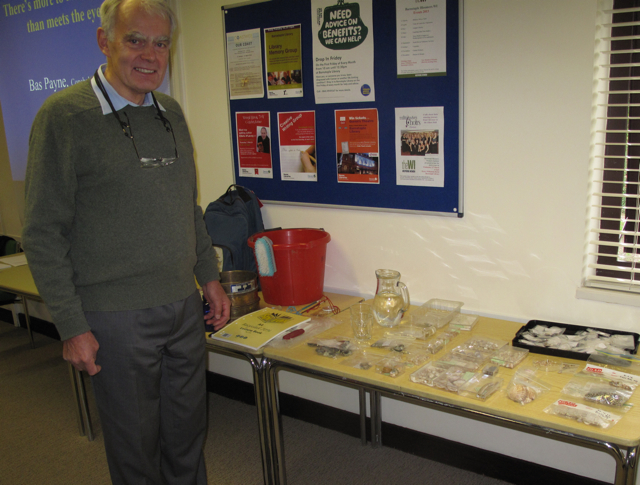 For many of us, our eyes were opened for the first time to a class of species which - we learned - is both very ancient and highly abundant. The chief families are Chitons, Scaphapods, Cephalopds, Gastropods and Bivalves. Bas concentrated on the last two, which account for the vast majority of mollusc species. Wearing immense knowledge very lightly, he told us - among many other things - of 'slum species' which manage to thrive in the muckiest conditions, filtering and cleaning up water in bad environments. As is well known, molluscs can also concentrate in their bodies the heavy metals or dangerous bacteria they ingest.

However, there is much more to molluscs - and Bas had a great many wonderful life stories to tell, with superb photographs to match. Soon we were on nodding terms with Blue Rayed limpets, Hiatella, Trivia (really - a specialist cowrie carnivore), Rissoids and the Caecum - which is a tiny, interstitial detritivore, like (we learned) 'a small biological hoover'. Very small, actually, at 1.4mm. 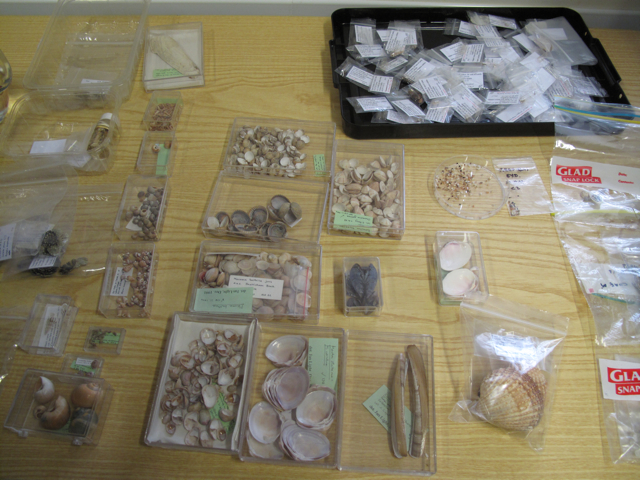 In the second part of his talk, Bas spoke of collecting and studying shells. He showed us a great array of examples from his own collection - some really only to be appreciated through the two microscopes available at the end.

Bas had brought the tools needed by a collector, from a bucket and brush (for scrubbing specimens from the underside of boulders) to a torch (as many molluscs only come out of hiding to feed at night). We also saw many kinds of bags, trays, tubes and capsules for the safe storage of specimens.

On a recent visit to the Devil's Kitchen on Lundy, Bas had added eight new species to the Lundy list. 'It's easy to identify molluscs', he said said, 'once you get your eye in'. It was a charming and inspiring introduction to a fascinating subject.

Bas welcomed our inquiries if we come across mystery molluscs: bas.payne@gmail.com. In addition, the Conchological Society's website www.conchsoc.org is a mine of information.