......is an important task that requires input from many local and environmental authorities. This is the role of Nigel Mortimor, a marine biologist who is the South Devon AONB's Estuaries Officer.

He emphasised to Coastwise members that his job is to cooordinate and advise the many authorities with statutory duties relating to the estuaries.

Nigel described the 5 AONB estuaries in his patch - the Yealm, Erme, Avon, Salcombe/Kingsbridge and Dart estuaries, with differing habitats and characteristics depending on the catchment size, and configuration of the mouth. He showed how saline and fresh water may not mix when meeting, amd also the way that sediment builds up, and what composes it (pictured R).

There are no major polluting industries in South Devon, but many smaller problems leading to pollution that need addressing on a micro scale.

Most of the pollution is derived from human activity, with high nutrient levels being one of the main culprits. Nigel outlined some examples of pollution caused - green blanket weed and 'red tides' of dinoflagellates which produce nasty toxins.

The damage caused by new development can be addressed through planning consents, and there are some measures that can be directed at conservation and another growing problem, that of invasive non-native species. 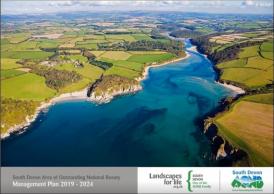 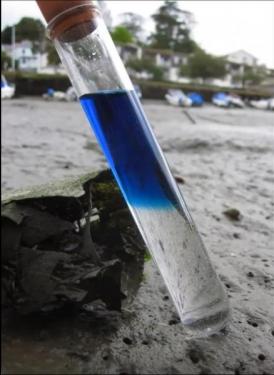 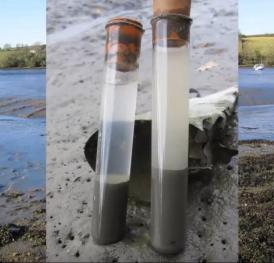 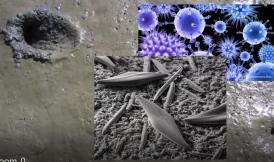