Coastwise's final meeting of the year is traditionally the AGM, with some additional interest.

This year the topic of the Beach Profiles (see Tab above) was chosen. However, first, Liesje, who works at the Northam Burrows Countryside Centre, showed the results of research into huge whalebones which were exposed nearby in the winter gales (see pic, Top R). It transpires that these came from a huge Fin Whale nearly 20m long (r, 2nd from Top), stranded in 1921, and the research found Natural History Museum records of the event.

Members outlined the work to prepare the new Profiles under the auspices of the AONB's Coastal Creatures project. These are available in PDF download form, and are a summary of the fuller profiles originally undertaken by Coastwise members. In preparing the short talks, members had done some further background work, and revealed interesting facts such as what old Lee Bay looked like (R, 3rd from Top).

Finally, Pip Jollands, coordinator of the original Shore Thing surveys, outlined the successor project, called Invasive Non-Native Shore Survey (INNShore). The 'Invasive' part of the name is the key, and there are some 22 species on the search list, and an example is pictured R, 4th from Top. Traing and Surveys are scheduled for Spring and Autumn 2019. 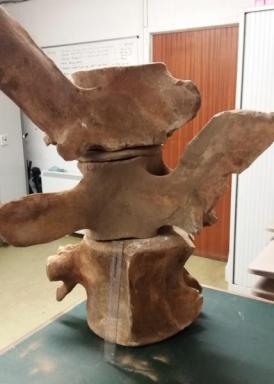 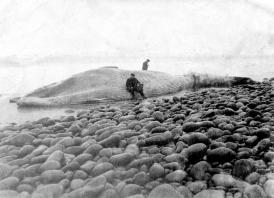 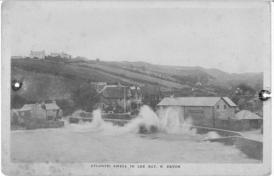 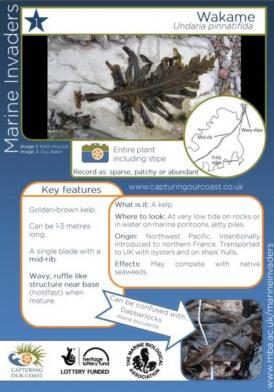