Like Getting Flood from a Drone.....which is how the Environment Agency maps flood risk.

Simon Dart of the Environment Agency made time out of a busy schedule to give Coastwise members a really interesting overview of flood management in North Devon.

A necessary preamble to looking at individual areas in the region is understanding the complicated web of responsibilities, powers and roles (see diagram R). Participants include the EA, Devon County Council as the Lead Local Flood Agency (LLFA), Local Authorities, Internal Drainage Boards, Natural England, the Crown Estates, the Marine Management Organisation and South West Water. Simon has to negotiate a way through this minefield, aided by a legal duty from most parties to cooperate, a duty which is not always fully discharged.

Once Coastwise members had grasped the complexity of the topic, Simon moved on to the Shoreline Management Plan, and individual local areas such as Westward Ho! and the pebble ridge, Yelland Quay and Ilfracombe.

Rising sea levels form a significant factor in the equation, and since 1910, the Newlyn Datum has increased by approx. 200mm, or nearly 2mm pa (see R). This, together with the rising severity and frequency of storms, has prompted the EA to offer more conservative planning guidance to councils, generally expressed as more made ground before building starts on low-lying sites.

This guidance is based on a lot of science, including LIDAR mapping by plane and drone (4th from top R) and also pictorial evidence of vulnerability which is not always recognised by the applicants (example 2nd from top R, where an application was only approved with significant design alteration to reflect sea power).

Asked to give the worst case of sea level rises, Simon showed the map of the UK (5th from top R), where Devon and Cornwall occur as an island, with the rest of England simply an archipelago of islands, and only Scotland mostly retaining its current shape. This is demonstrable at Westward Ho!, where an ancient Shoreline from pre-glacial times is clearly visible nearly at the top of Kipling Tor, with its line discernable around the other sid eof the Taw/Torridge Estuary. This is probably where the water level will be again when all the ise melt. bu probably not for quite a long time !

The message that Simon left with the audience was that in the face of nature, only some defence is possible and economically justifiable.

In general, managed retreat, while safeguarding exisiting housing, but not its land, is the only practicable course. Simon cited examples from the E coast of the country where villages have had to be relocated inland because sea defences would be ineffective. In addition, new development in a community, even well away from the shoreline, will probably have to carry some of the cost, through S.106 Planning Levies, of sea defences.

Simon gave a masterly overview of what is a very complicated topic, stretching from the physics of climate to local politics, taking in some hard economics. 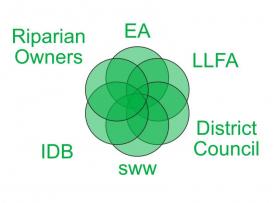 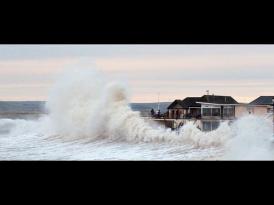 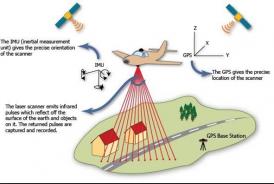 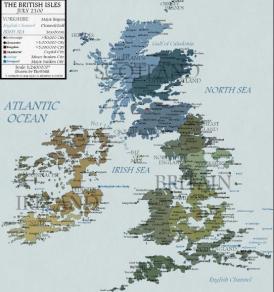