.......is the name of Stevel Trewhella and Julie Hatcher's new book. There's no shortage of identification guides, but Julie and Steve share their huge experienece of finding and identifying the contents of rockpools with  Coastwise members. There's a lot of strange things going on out there......

Julie outlined the strange life of limpets, which forage, generally at night, from their fixed base. Their tongue, or radula, carries teeeth made of the hardest substance known to man in the animal kingdom, and allows them to scrape algae off rocks. After 4 years' life, most change sex from male to female and breed by releasing eggs and sperm at the same time to be mixed by water turbulence.

The Shore Crab can carry an unusual passenger, the parasitic limpet, which doesn't look like a limpet. It prevents the crab from shedding it's carapace, and alters the crab's physiology, changing its behaviour and its sex to female, so that the crab looks after the limpet's eggs as if they were its own.

Montague's Sea Snail is actually a fish, so how did Montague get it wrong ? It is related to the Clingfish.

They played sound recordings of the Snapping Prawn - it's significant sound is thought to warn predators away from its home tunnel.

Julie and Steve illustrated how carefully shaken seaweed in water can yield an interesting haul of marine life, and how most of the interest in rockpools tends to be very small/ Steve's own main interest is in small insects, and he described how springtails are a key part of the ecology on both land and sea.

Overall, a very interesting masterclass in discovering marine life, enhanced by a guided trip at Lee Bay to put theory into practice. 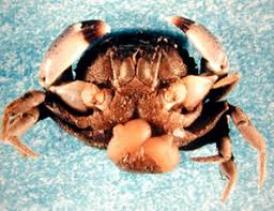 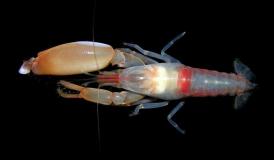 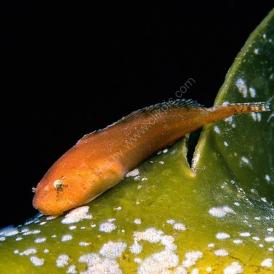