Rewilding the landscape is a topic which is gaining traction, based on the pioneering work of John Muir in the USA, and given an impetus in the UK recently by Isabella Tree's account of re-wilding the Kneppe Estate in Sussex.

The philosophy lying behind the concept is that modern land management and farming has impoverished the ecology of many areas. Over-use of fertilisers and pesticides has reduced the wildlife, and the soil nutrients depleted. This has often led to farming which is barely profitable, even with subsidies, but political forces attempt to keep people and local industry on the land, rather than flocking to city life.

Dr Stoneman, representing the charity Rewilding Europe (RwE), addressed this head-on for a large Coastwise audience on Zoom, covering key issues like focussing on marginal land, keeping the ideas of food self-sufficiency and local production in mind, but not being bound by them.

RwE has links to a number of very different sites across Europe, from Portugal to Finland and Croatia in the east.

Rob outlined how marginal farming is being abandoned at these sites, with the land recerting to its natural state of vegetation. Large animals are introduced to help this process by natural means, and rebuild the heirarchy of predators that allows more diversity of fauna, with resulting biodiversity.

His key messages were, use natural processes, Europe has become the leading continent for re-wilding, there is a need to work together to maintain country initiatives and to develop a viable policy environment, and to engage with a wide variety of audiences.

Rob's talk answered a lot of the questions posed by Coastwise members supportive of the concept, but this is clearly a topic which will pose political, economic and social questions and challenges for a long time to come. 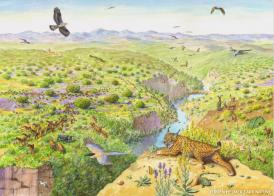 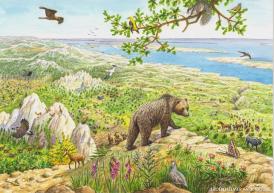 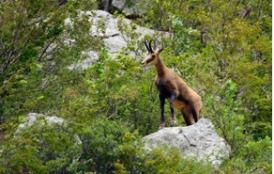 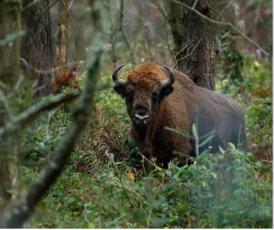