This was just one of three shore excursions in just one week during February’s low spring tides.

The first, a Coastwiser shore census led by Cat Oliver of the AONB’s Coastal Creatures project, overcame gales and horizontal rain to be a great success.  Twenty braved the wind at Westward Ho! with clip boards and cameras, many sought out seaweeds inspired by Sarah Hotchkiss’s excellent Seaweed workshop a week or so earlier.

After an hour’s survey we adjourned to the Rock-pool café to view photos and swap ID advice about particularly tantalising shots, were those 5 brown blobs really Sea Hares? We handed in our soggy surveys to Cat to check and submit the records to irecord.

Next day Jan Whittington led a small group of intrepid  members over the boulder strewn shore of  Bucks Mills and out to the Gore, and were rewarded by abundant marine life, plentiful  crabs and sea squirts including the striking blue star ascidian.

And the day after we went to Hele where the sun shone at last.  Under Jim Monroe’s leadership there was something of interest for everyone though not as much diversity as we expected.  The week’s rough seas probably mitigated against good finds which is why a solitary Shore Clingfish found itself subject to an unusual amount of attention.

Off to The Hele Billy after  for chips and a hot drink with the unexpected bonus of viewing Dave Jenkins’  iPad display of amazing cliff top bird photos – something for the Autumn Programme please. 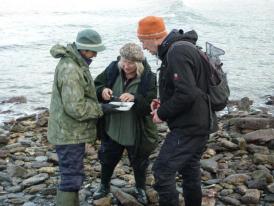 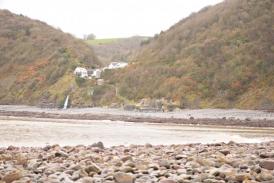 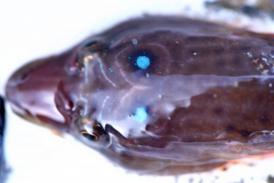 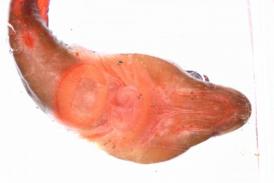 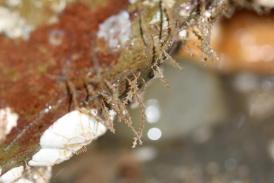 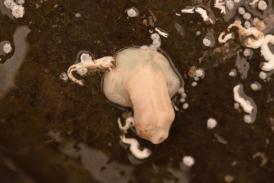 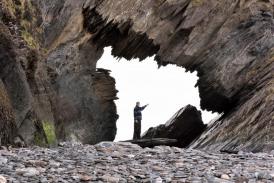