Looking Closely for the Uncommon aspect.......

.......is something that we tend not to do when presented with a whole rocky shore to explore on a low tide.

Coastwise member (in the 'Expert' category !) Robin Shrubsole demonstrated to members via Zoom how looking carefully at marine life, perhaps aided by microscopy, can yield a whole new field of interest.

Razor Shells are often seen on the strandline, and a close look at the inside (Ensis seliqua pictured Top R) shows the scar of the ligament attachment on the shell, analogous to human ligament and tendon attachment sites. This shows the powerful closing force that such a shell can exert.

Coastwise members have seen an anenome budding its young at a previous event at Combe Martin Museum, and Robin showed a slide of the young still inside the column - this example (Sagartia ornata pictured 2nd from top R) is from the sectioned stem.

Scaleworms are another sometimes-seen-but-usually-overlooked animal. Robin covered the identification by counting sets of scales, and here a low-power microscope is helpful. His example (pictured 3rd from top R) was Harmathoe (should have an umlaut/diresis on the final e !) extenuata.

The Polychaetes include ragworms, and Robin pointed out the recent reclassification which might confuse identifications. His example (picture 4th from top  R) was Hediste diversicolour, showing the pharynx between the palate and oesophagus with mini-teeth.

There are lots of small active worms, the Syllidae, that we ofter overlook. They often feed on hydroids, and have the unusual charateristics of being able to generate a new rear end, and sometimes breeding by budding a train of small individuals or Stolons.

Finally, Robin showed what he feels may be a very unusual sighting of an arthropod sometimes referred to as a "Marine Bug" ( Aepophilus bonnairei, pictured 5th from top R). The only member of its family in the UK , this wingless bug  inhabits the low intertidal zone, typically living within very narrow rock crevices. They breathe air trapped against the cuticel by the fine hairs, but their ecology is otherwise poorly known.  It is probably highly under-recorded due to the difficulty of locating it, but Robin showed (pictured bottom R) what may be a nymph.

Overall, a very interesting talk enjoyed by members, and a reminder to search more carefully for the small and overlooked. 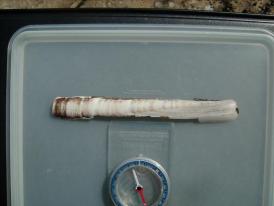 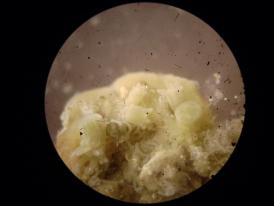 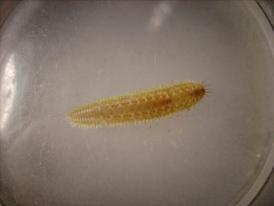 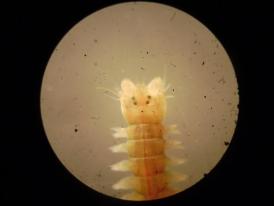 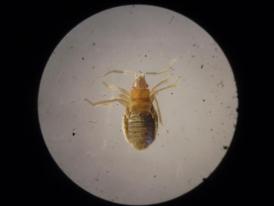 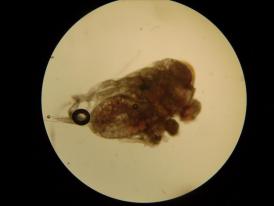