Dr Keith Hiscock, Marine Biological Association Associate (".....it means I'm retired but the MBA still thinks I may be useful to it......"), was the tutor for an Anemone Workshop organised by Cat Oliver of the AONB's Coastal Creatures project on the 7th Sept, attended by 25 marine enthusiasts from Coastwise, the National Trust amd Exmoor National Park.

Keith, in usual style, gave a masterly and entertaining overview of anemones and hard corals covering the history of our knowledge of them from the mid 1800s onwards, the anatomy of anenomes and corals, reproduction, defence, taxonomic classification, reasons for colour, growth rate and identification.

Keith also challenged attendees to read the detailed historical records of sightings by luminaries such as Gosse and Tugwell to try and evaluate changes in the last 150 years.

Then it was out to the beach at Combesgate for a field session, where most known N Devon varieties were identified. Back at the venue, Woolacombe Village Hall, Keith covered recording observations via the routes to the National Biodiversity Network. 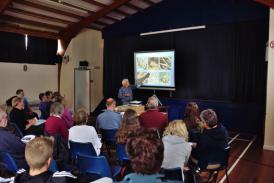 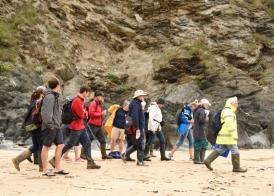 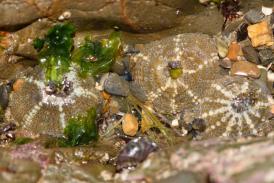 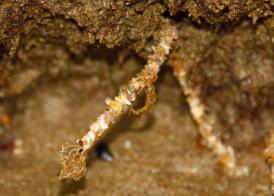 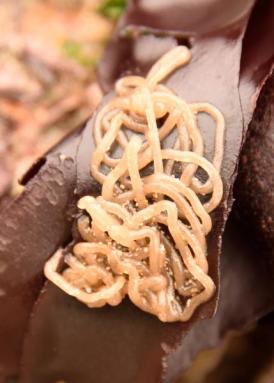