Despite giving his name to the Montagu's Harrier, sundry molluscs and marine animals, including the charming Montagu's Blenny, the work of naturalist George Montagu (1753-1815), much admired by his nineteenth century peers, is largely overlooked today.

In a wide ranging and entertaining talk to put the record straight biographer Ron Cleevely described Montagu's life and achievements, 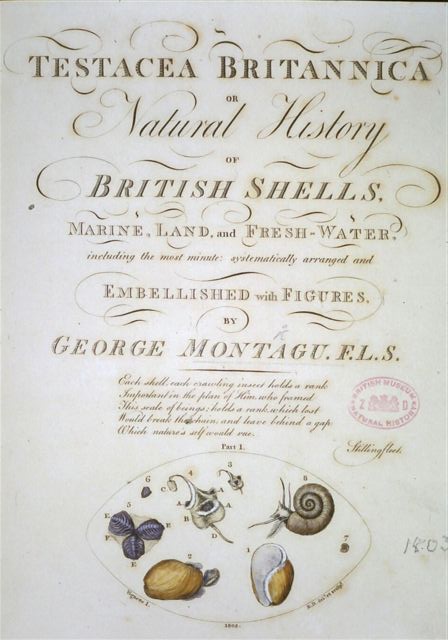 drawing upon his own lengthy researches and using plates by Eliza Dorville, Montagu's mistress and remarkably gifted self-taught illustrator.

Montagu's antecedents were inauspicious.  He came from country squire stock followed by the army, but subsequently pressed his early interest in hunting into natural history's service. What he lacked in formal scientific training he compensated for with his sharp sportsman's eye. Following Gilbert White, advised by James Sowerby, encouraged and assisted by other naturalists, his research progressed.

Adopting rigorous provenance standards, he was one of the earliest to be so meticulous in observation and recording.  Many of his species were firsts and are still extant. Montagu made many notable observations, establishing the plumage and morphological differences between male & female birds by nurturing nestlings, noting the non-mollusc features of 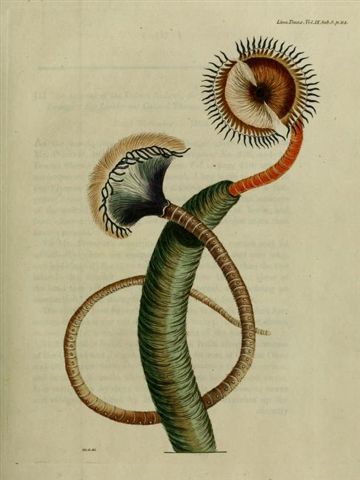 brachiopods, and recognising the special nature of sponges.

He had a colourful private life, of which Ron gave tantalising glimpses. Undoubtedly he owed much to Eliza whose illustrations enlivened his many publications and included remarkable depictions of a wide range of marine organisms, some like foraminifera truly minute.

Charles Kingsley wrote  in  Glaucus; "Certainly, the best naturalist, as far as logical acumen, as well as earnest research, is concerned, whom England has ever seen, was the Devonshire squire, Colonel George Montagu."   Kingsley's hyperbole aside, Ron Cleevely made a good case for placing Montagu alongside other naturalists such as William Leach and Philip Gosse,
all three with Devon links, and certainly increased Coastwise respect for  the pioneers of marine science.