Peru, but not a sign of Paddington Bear on the Camera Traps.....

Coastwise's AGM session was a bit of a mixed bag, with members hearing about an Amazon expedition, rare local birds and videos of microscopic worms, as well as the rquired bit of AGM governance.

Jack Wiggins, an environmental studies student at local Petroc College, had participated in an expedition to the upper waters of the Amazon in Peru to the Pacaya-Samiria Nature Reserve, under the auspices of the University of Kent School of Anthropology and Conservation.

The Reserve is home to over 2000 species, and has 5 main habitats - Rverine Forests, Open Understory, Levee Habitats, Liana Forests andAguaje Palm Swamps. Guides for the expedition were from the local Cocarma tribe.

Objectives were to help understand the impact of climate change on biodiversity, and to undertake fauna censuses to help inform hunting quotas for the local tribes.

A full daily programme of activities across a wide range of study areas was available starting at 5.00am, but participation reduced as expedition members realised how difficult moving about the forest was.

Boats on the river and little-used hunter's trails were the means of getting about, although Jack experienced boat failure. His main study area was a Primate survey to define niche habitats, but he also helped in a study of Caimans, and had hair-raising stories of trying to tape up their mouths prior to measurement and subsequent release.

The expedition set up many camera traps, and these captured a wide variety of fauna, including Peccaries, Giant River Otters, Cheetahs and Ocelots. Not suprisingly, these were never seen by expedition member, although plenty of footprints were evidence of their presence.

Photos (from top), courtesy of Jack Wiggins, and (the peccaries) Opwall 2017. 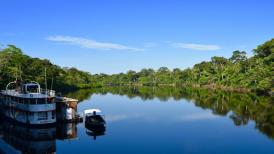 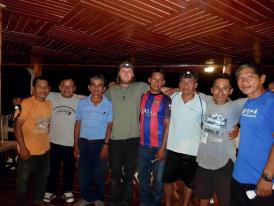 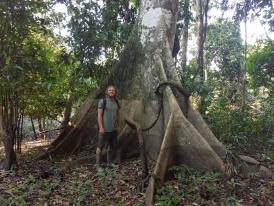 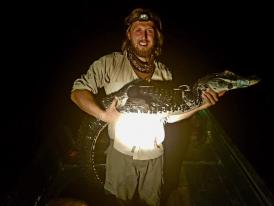 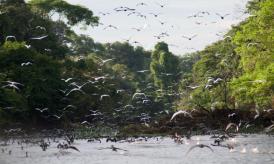 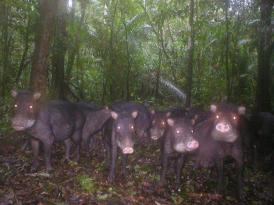