.....well, yes, as Coastwise members heard Sarah Hodgkiss tell them about her travels to the Arctic Circle and the Antactic, as part of the programme of Zoom Talks in the absence of our normal Summer Outdoors Programme.

The first half covered a trip to Svaalbard (Spitzbergen) via Jan Mayen Island in a Russian-crewed research vessel used for tourist trips.

The sea passages were sometimes rough, but the wildlife on the islands and the views of sea, glaciers and mountains more than compensated. Wildlife included a large variety of sea birds, an arctic fox, and polar bears.

Landing on Jan Mayen island, a volcano, was not possible due to poor weather, but the trip continued north to Svaalbard, with penguins and lots of sea birds.

Sarah then turned to the Antarctic trip, which set off from Ushuia at the far South of Argentina in a larger ship with more passengers this time.

The first port of call was Stanley in the Falkland Islands, still with many reminders of the '80s conflict with Argentina. The islands have many endemic species, and Sarah showed pictures of the Striated Caracara, seen only in the Falklands, and Majalenic Penguins in Gypsy Cove.

Then on South to Grytviken, an old whaling station in South Georgia, with its memories of the epic trip undertaken by Shackleton and 5 companions in a small open boat across 600 miles of the Southern Ocean. This resulted in the successful rescue of his crew marooned in Antarctica after their vessel, the Endurance, was crushed by shifting ice.

There were also King  Penguins in their giant rookeries of tens of thousands, Gentoo and Chinstrap Penguins.

Passengers also saw Crabeater, Weddell and Leopard seals, but it was clear that another abiding memory for Sarah was a Humpback Whale which approach the ship, bumping it.

All this took place several years ago, and the sustainability of such tourism is now being examined, but Sarah left Coastwise members with a feeling for the magic of these far-flung habitats. 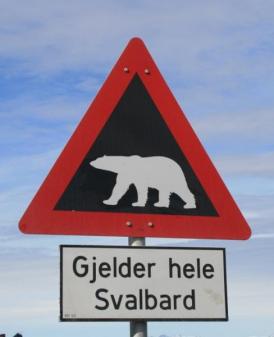 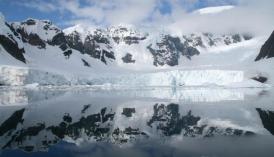 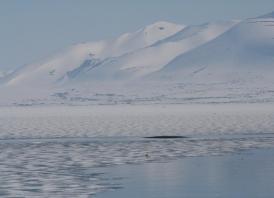 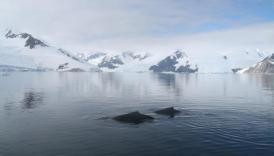 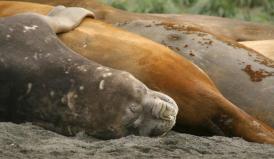 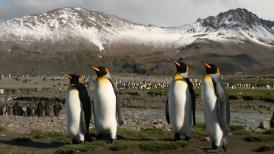 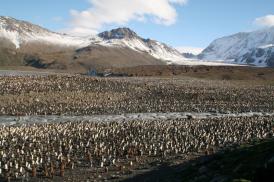