Doug Herdson, marine biologist and fish specialist, and for a long time the Information Officer at the National Marine Aquarium, gave Coastwise members a view of the fascinating story of why and how this submarine reef was created.

The history started with a wartime Liberty Ship, the James Egon Layne, which was torpedoed by a U-Boat 12 miles from Plymouth. It was subsequently noticed how marine life sanctuary had been formed, and in the early 2000s, a project was developed by the National Marine Aquarium as project manager with the objectives of providing a dive site for varying levels of expertise, increasing the local marine life, providing educational opportunities, exploring marine technologies and providing a showcase for Plymouth as a centre of marine expertise.

The Scylla was the last ship built at Devonport Dockyard and was commissioned in 1970. After an active service life including the Falkland Islands conflict, it was decommissioned in 1993. In 2003, the project to prepare it for scuttling at the Whitsand Bay site, involving removal of all materials likely to pollute the surroundings.

Life as a marine reef started soon after scuttling, with all sorts of life established within a few months - weed, calcareous tubeworms, feather stars and hydroids.. By 2005, there were sea squirts and dead mans fingers, and by 2007, edible sea urchins and sea fans were present.

Within 10 years, there were 263 species observed, with probably many more now, 17 years on.

The site was destined to be a marine sanctuary, but it was only in 2013, under the Marine Act 2010, that it became a Marine Conservation Zone, although the associated management measures have not yet been defined.

The economic benefits have been significant, with over 30,00 divers visiting, and bringing an estimated £5M into the local economy. However, deterioration of the structure of the vessel has resulted in the banning of diving inside the hull since 2017.

Pictured R - Thanks to the National Marine Aquarium and Keith Hiscock (Plumose Anenomes, 4th from top) - the ship, scuttling it, diving to it, \plumose Anenomes, colonisation survey after 18 months, growth after 2 years. 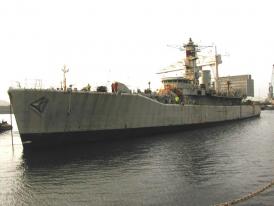 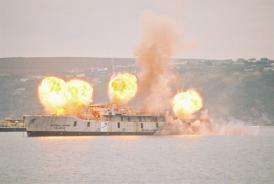 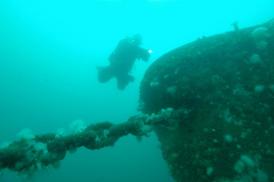 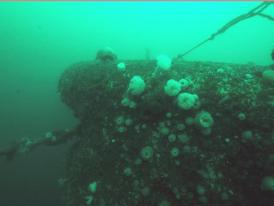 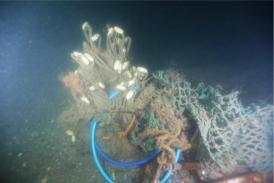 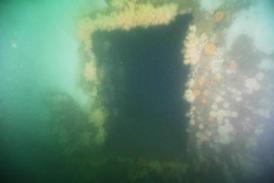