Marine enthusiast and educator Heather Buttivant is a shining example of what she preaches - "you can teach yourself".

As a self-taught marine expert she received no formal biological education, having, in her own words ‘looked into the biology lab at school, seen the jars of pickled specimens and thought “that’s not for me”’.

Instead, a career in languages followed, but she did not give up the beach visits, and made up for the lack of formal biology by using Field Studies Council courses at Dale Fort to launch her learning journey, to the point that she now runs the cornwallrockpools.org blog.

Her philosophy can be summarised as
•    Get stuck in
•    Adopt a beach and get to know it intimately
•    Look up stuff in books and the internet, and learn to photograph specimens
•    Talk to others and participate in groups
•    Ask an expert

Heather kicked off the Coastwise identification upgrade with Topshells, and after running though their characteristics passed round a variety for members to get hands-on. Interestingly, no members knew what the Turban Topshell was - the search is on here at the North coast !

After topshells, crabs. Heather illustrated the key ID features by using the Xanthus species as examples.

After this came stalked jellfish, and Coastwise members were beginning to realise that the rockpools of South Cornwall are richer in species than this in North Devon. Or perhaps that Heather is just better at finding stuff ? There are some indicators of SJs such as ends of gullies with currents and small snakelocks on weed.

Sea slugs were next, with the caution that searchers need to think small, and look for anenomes and hydroids, both favourite foods.

Heather ended up with a list of reference and ID sources. 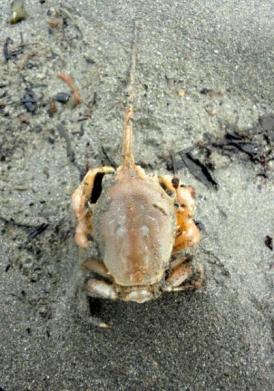 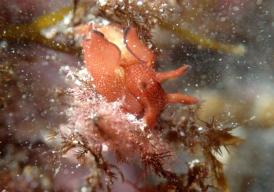 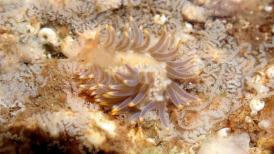 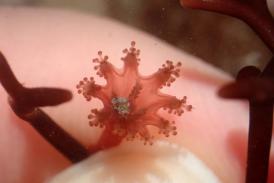 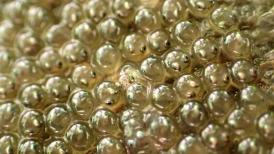 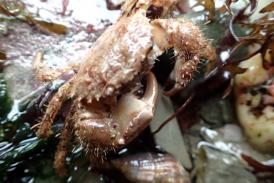