We look to our seafood to be tasty and nutritious, but Karl Dean of Cefas (Centre for Environmental Fisheries and Aquaculture Science) showed Coastwise members how, without constant monitoring, it can be seriously unhealthy.

He divided his talk into three parts, firstly Cefas itself, secondly problems with shellfish, and, thirdly a puzzling case study of poisoned dogs on East Anglian beaches illustrating Cefas' roles in diagnosis and prevention.

Cefas is a world-class scientific organisation, an executive agency of Defra, also funded for certain work by the Food Standards Agency and Food Standards Agency Scotland, universities and research grants. It samples and tests all sorts of sources including shellfish landings, sewage, microbiological spoilage and invasive species.

It monitors and tests all sorts of foods for pathogens and harmful content, and Karl represents the marine food safety part of the work, looking for algal toxins, norovirus, and tracing microbial sources. Some of these are seriously nasty, and Karl outlined three areas; amnesiac shellfish poisoning (ASP), lipophilic toxins, and paralytic shellfish poisoning (PSP). Cooking does not affect these, and ASP and PSP can be fatal.

The case study that Karl outlined related to events after the 'Beast from the East' storm of early 2018, when large quantities of marine life were thrown up on East coast beaches. A local vet called Cefas for advice on a case of dogs that showed serious symptoms of paralysis and lowered metabolism.

The initial response was disbelief, but after testing samples provided by the vet it was established that Common Sunstar starfish, eaten by the dogs, had been the source of Paralytic Shellfish toxins (PSTs) at 25X the tolerated level. This was a revelation, as echinoderms were thought to be free of toxins, despite eating shellfish. Work is underway to understand how the starfish contain PSTs.

Overall, an very interesting summary of an important field of study that clearly interested Coastwise members greatly, from the number of questions that Karl fielded. 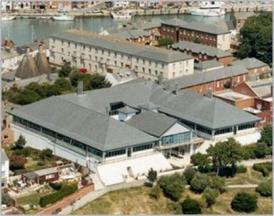 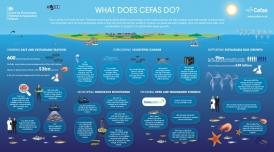 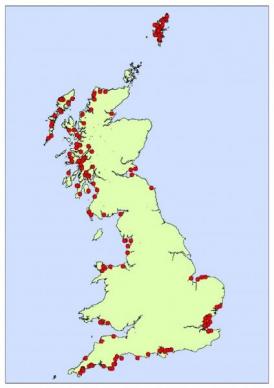 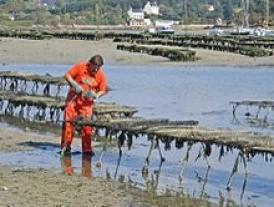 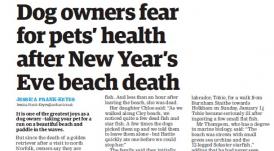