Our very own Sarah Hotchkiss, herself a professional phycologist, gave us a very interesting talk today about Victorian women who studied seaweed and made amazing collections and in some cases wrote books about seaweed. In Victorian times, the women were not allowed to do many things that men could do but amazingly, they were allowed to dress informally and raise their skirts when on the beach collecting seaweed.

Some of these women became famous but there is much to research about some of them. She described the work of women such as Isabella Gifford and Catherine Cutler, who collected and classified specimens, wrote books and monologues, but were not allowed by the mores of the time to publish under their own names.

Sarah explored the sociological background to the science of the mid-Victorian period, which was of considerable interest to he Coastwise audience.

She is currently working on the topic and is very keen to find out more, especially those scientists who came from North Devon!

Sarah also cooked us some seaweed treats to share at coffee time. They were delicious! 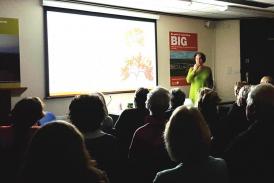 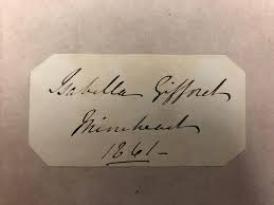 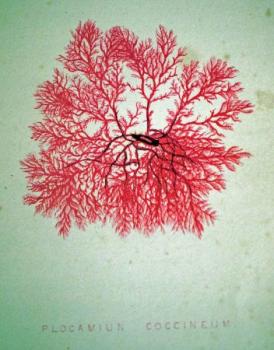