.....well, it can be a major nuisance according to old friend of Coastwise, and now a PhD student at Aberystwyth, Cat Oliver.

Excess nutrients in the shape of phosphates and nitrates from land runoff can support increasing amounts of weed, and the question is; what do we do about it ?

This problem was first recognised in the 1970s, but is now recognised as a global issue, especially for the travel and tourist industry, for whom the sight and smell of thick blankets of rotting weed is a major problem.
Cat showed her study sites, with green cover of species such as Ulva and Enteromorpha, where there should be brown mud in a healthy ecosystem.

The blooms can provide ecosystem services such as carbon sequestration, but these don't compensate for the adverse effects such as suppression of the normally rich fauna content of mud flats.

Collection offshore and shore cleanup costs can he prohibitive, but this does take place where there are compensating benefits such as tourism.

Cat's work has been targetted at quantifying the effects of weed cover on the coastal ecology, but it's extremely difficult to measure at scale numbers of fish, in- and epifauna and birds, and especially changes. So she's turned to surveying large areas by drone to quantify areas of weed, water and mud. It's then down on hands and knees to cut quadrat squares in the weed mat, and survey the fauna underneath for comparison with mud areas.

She's also testing local views on the relative attractiveness of weed-covered areas versus the old mud flats when the tide goes out.

Coastwise members learned that Cat's work will be a small but useful contribution to a growing global awareness of the changes that large populations can make to the ecology, and there is some hope in the development of an industry that can harvest nuisance weed and turn it into useful products.

When Cat's thesis is published we'll be including a YouTube video of her talk here. 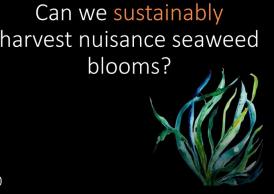 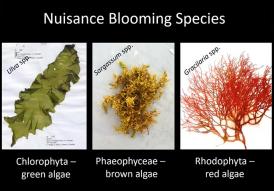 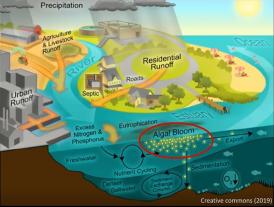 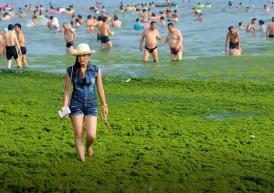 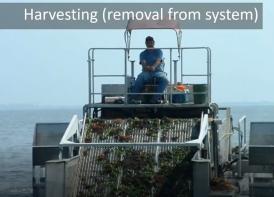