Poking around on beaches has been the obsession (her word !) of Gudrun Limbrick, who runs the Beach Stuff blog and website (www.beachstuff.uk).
Despite the Scandinavian name, she was brought up in Birmingham by local parents, who overcame the disadvantage of being as far from the sea as possible in this country by going to a beach as often as possible.

It helps to have a father with a passion for marine biology, and this was passed on to Gudrun, who accompanied him on annual hitchhiking trips to Normandy for 3 weeks of camping and exploring rock pools.
This background was not put to good use until later in life, when she became a Beach Ranger with the National Trust at Woolacombe, and took on a varied workload of land and path maintenance, and public outreach (R 2nd from Top, stranded Goose Barnacles in water to show feeding) and education.

Gudrun has used the web and social media extensively, and has learned how to use them to pursue research. Using a number of examples such as movements of Dalmatian pelicans (R 3rd from Top, tracking migration across Europe), and Octopus and Portugese Man o' War strandings (R 4th from Top, plotting a time/frequency sequence), she has sought and pieced together observations round our coastline, and across Europe, to gain otherwise unobtainable data on movements and frequency.

Clearly this comes from self-selected sources, but, given the extensive use of social media, may yield enouhg data points to be statistically significant.

She concluded the talk by outlining her role in acting as a consumer champion on behalf of the Consumer Council for Water, which entails interacting with South West Water on issues such as tap and sea water quality.
For discharges to sea there is a continual tension between the volumes of storm and foul water, and the economics of providing settlement retention capacity.

The question she has to address on our behalf is whether the frequency and volume of polluted direct discharges is becoming such as to justify capital investement, and more importantly, whether the public is prepared to pay for it. 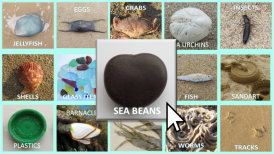 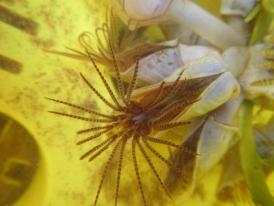 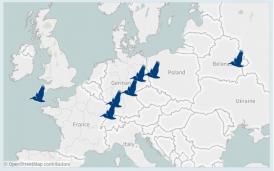 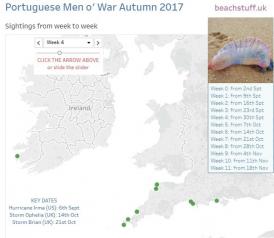