................according to Sam Hallam, who's researching oceanic trends that influence climate at Southampton University, with support from Spitfire, Southampton Partnership for Innovative Training of Future Investigators Researching the Environment (I wonder how many PhDs it took to think that acronym up ?).

Sam comes to this after a career in banking, and an MSc in Oceanography, and was able to give Coastwise members an in-depth, but well-explained journey into global climate physics, converging on the effect this has on us in the UK. We're at the end of the conveyor belt of tropical storms originating in the SW Atlantic, and fortunately they've lost much of their energy by the time they get here.

Sam covered the fundamental causes of tropical storms, including sea temperature which needs to be over 26C, vertical variations in wind speed and a sea level pressure of less than 980 mm mercury (hPa).

She outlined the basis of the recent severe storm events in 2005, 2010 and 2017, and showed how in 2005 and 2010 the Gulf Stream slowed, increasing sea temperature, but in 2017 there was no slowing of currents, but a big reduction in the NE Trade winds which normally cool the ocean.

Judging by the post-talk Whatsapp chat, this talk provoked a great deal of interest and whirring of gears in grey matter; many members look forward to re-hearing the talk .......follow the link below...... 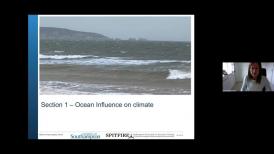 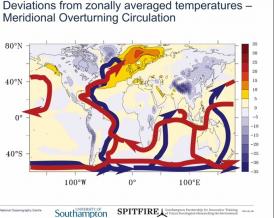 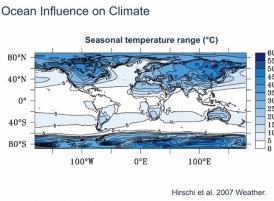