Coastwise members between them see quite a lot of marine fauna and algae, but scuba diver Mags Ashton sees it much better....and photographs it brilliantly, giving members a real visual feast.

When not diving into a spreadsheet, accountant and keen Ilfracombe Dive Club member Mags has managed to go diving on 60-odd occasions in the last year.

Over the years she's also developed a very effective subsea photography rig comprising the camera in its housing, compatible lenses some of which can be changed underwater, and the very necessary lighting arrangements.

Despite the much lower weight in water, this is still quite a handful underwater, and can upset the delicate neutral buoyancy sought by divers.

To set the scene, and knowing Coastwise's likely curiousity as to how her lovely pictures were captured, Mags outlined the difficulties compared with surface photography. Apart from the weight/balance issue, there's reducing light levels and colour changes as the diver descends, diffraction causing picture sizing difficulties, achieving colour balance, light reflection and scatter from sediment, and the noise and disturbance caused by the exhaust air from total loss breathing systems.

To bring her closer to the wildlife around her, Mags has invested in a recirculatory system, which reduces the amount of exhaust bubbles significantly. It does however have the disadvantage that the dive buddy's (conventional) system exhaust sounds deafening !

She then showed a series of marine animals photographed at a variety of locations. Locally - Lundy, Morte Point and Watermouth Bay. Further afield - South Cornwall, the Sound of Mull and the Red Sea bordering Egypt. 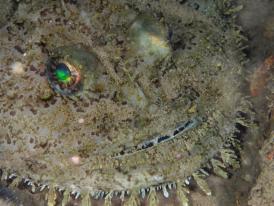 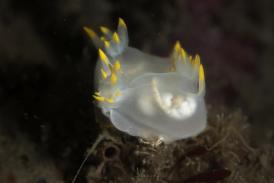 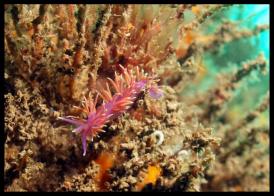 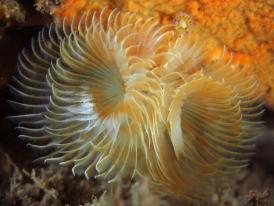 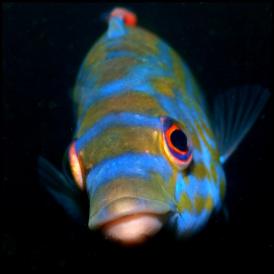