Time off in Looe

The beaches of the Looe Voluntary Marine Conservation Area were the destination for 22 Coastwise members when they set out for a weekend on the coast of S.E. Cornwall. Heather Buttivant, the chair of Looe Marine Conservation Group was host and guide for two shore surveys on Saturday 27th. and Sunday 28th. April, as part of a weekend activity organised by Mavis and Clive Symons.
Undeterred by the cold windy conditions they joined Heather in mud sieving and rockpooling at Millendreath beach. 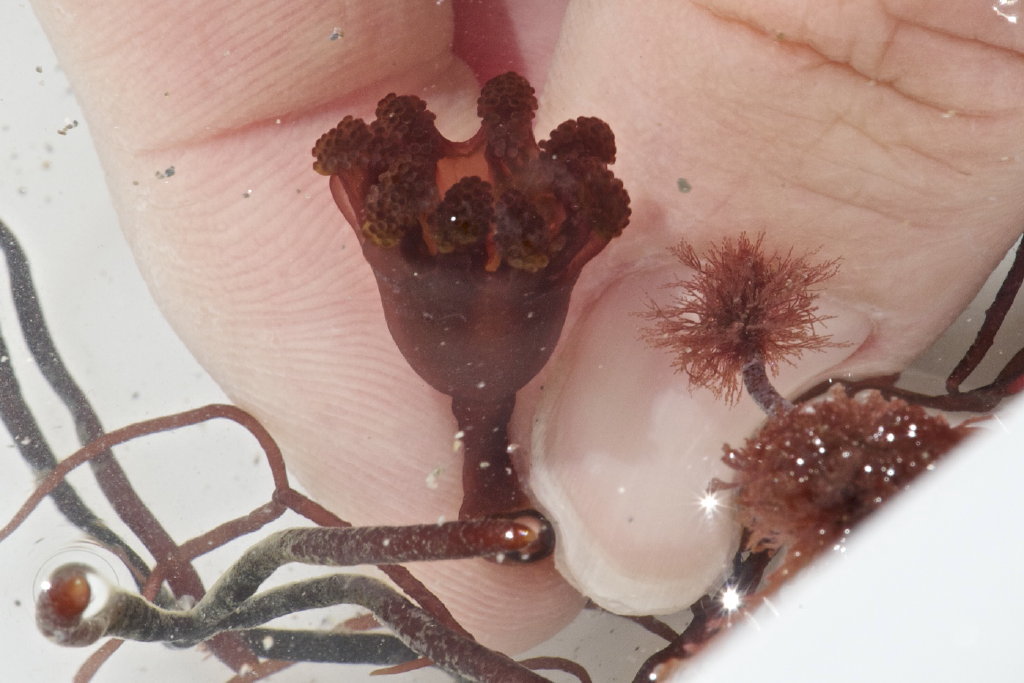 might be found and they were rewarded when Jay and Di Nicholson found a fine little example which everyone was eager to photograph.

Sunday’s event was a visit to the rocky shores of Hannafore where several interesting finds were made. Five species of sea slug included Limacia clavigera, (Heather’s favourite) and Onchidoris depressa (a first for Heather), while a Sea Hare measuring 17.5 cms. was found by Janice Whittington. A mystery object found by Rob Durrant was later identified by Matt Slater of CWT and confirmed by Bernard Picton, as the colonial hydroid Candelabrum cocksii (or phrygium).

The weekend concluded with an evening boat trip to Looe Island where the CWT wardens gave a friendly welcome and an informative guided tour.

As Mavis Symons said “Heather was a wonderful guide, so helpful and enthusiastic. She made our weekend a memorable one.”
Coastwise members have come to look forward to the events organised by Mavis, and this one certainly didn’t disappoint, with an interesting and varied programme of activities- including a superb impromptu Sunday roast carvery !