What better place to spend a holiday Sunday than Tunnels ?  Now probably best known as a popular wedding venue, it is home to a unique shore complete with Victorian bathing pool.

For us marine enthusiasts it is also the renowned haunt of Victorian naturalist Philip Gosse, the David Attenborough of his day, and home still to uncommon cup corals amongst other marine gems.

So there were several good reasons for making it the venue of a Coastwise census on Easter Sunday – to soak up the sun in a holiday atmosphere and look for marine wildlife.

Despite the informality of the occasion several members contributed good species lists and made one or two notable finds (see pictures) but the cup coral hunt was something of a wash-out, literally as a 3-4ft swell kept us away from the best spots.  Never mind, the glorious sunshine and fine locality made up for that and there’s always next time.

For a few of us there had been an equally sunny  day before.   Jan, Muriel and Paula had checked out the location in calmer conditions which gave good access to the Devonshire Cup & Scarlet and Gold corals with tantalizing glimpses of jewel anemones and the kelp forest beyond.  Some of Jan’s photos taken over both days include the animals less commonly seen on the shore.

Our records will be posted on irecord and added to the Tunnels Profile. 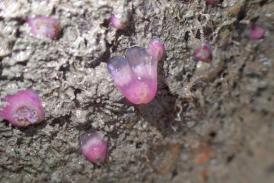 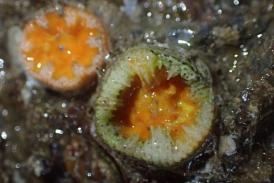 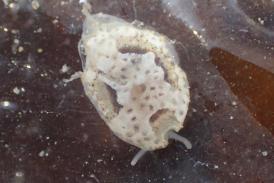 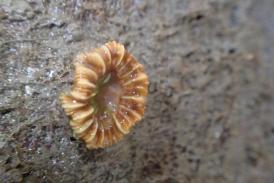 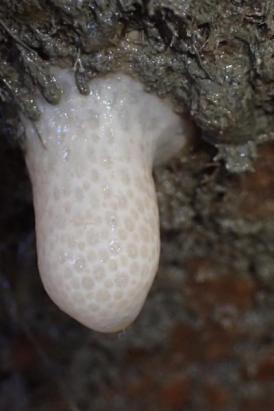